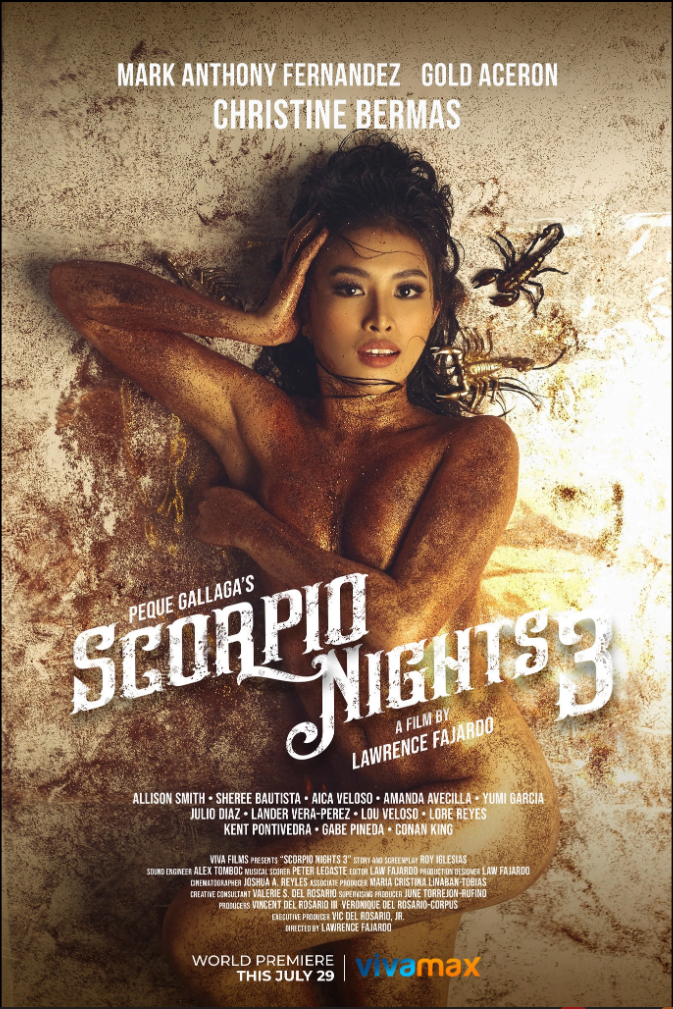 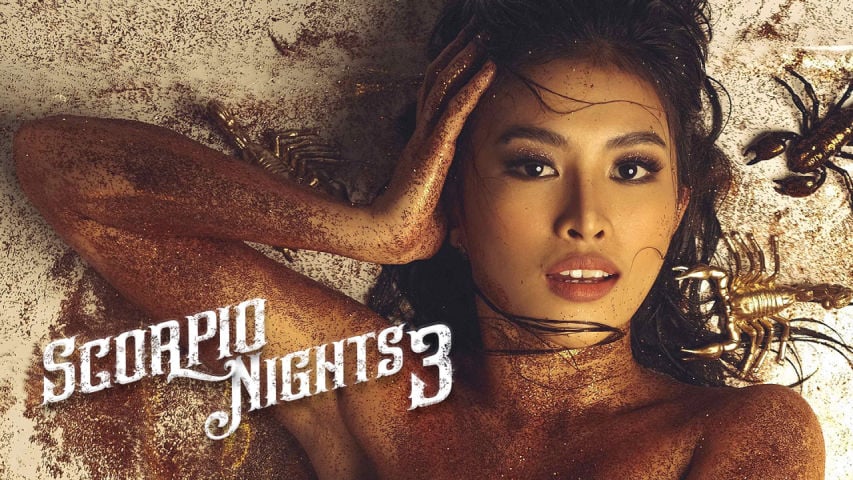 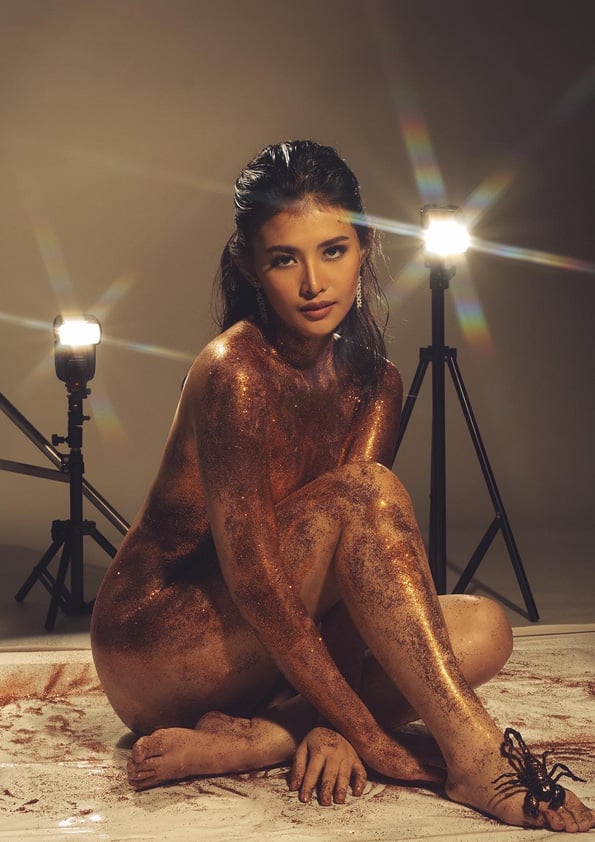 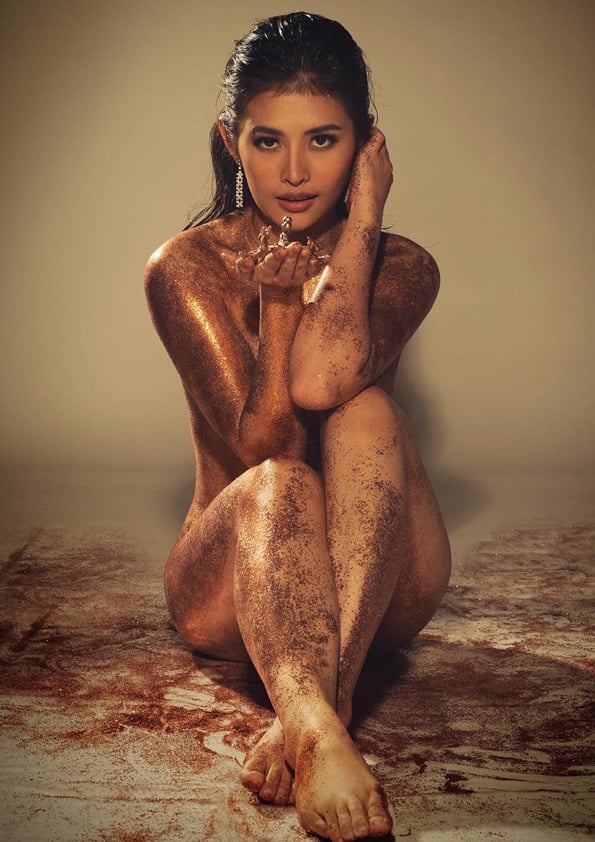 The modern retelling of Peque Gallaga’s iconic erotica franchise starring Christine Bermas. A young couple’s sex acts are witnessed by a young man through a hole. When the wife seduces him, they engage in an illicit affair. Chaos ensues when the husband learns about them.

A Vivamax Original Movie, Scorpio Nights 3 is an erotic-thriller that follows the story of Matt (gold Aceron), an engineering student living in an old apartment building just above the unit of his new neighbors, live-in partners Pinay (Christine Bermas), a cam girl, and Drake (Mark Anthony Fernandez), a Fiscal’s bodyguard.

Matt secretly fantasizes over Pinay and constantly peeps through the hole on his floorboard whenever Pinay would make love to Mark or tease her clients online as a cam girl. Unknown to Matt, Pinay knows about his actions and would purposely seduce him. The two eventually make love, hoping not to get caught by Pinay’s dominant and violent boyfriend.

Christine Bermas both felt excited and pressured as the film’s lead star knowing she has some big shoes to fill for the modern retelling of Scorpio Nights.

You are now leaving AsianPinay

AsianPinay provides links to the websites of other organizations in order to provide visitors with certain information. A link does not constitute an endorsement of the content, viewpoint, policies, products, or services of that website. Once you link to another website not maintained by AsianPinay, you are subject to the terms and conditions of that website, including but not limited to its privacy policy.

You will be redirected to